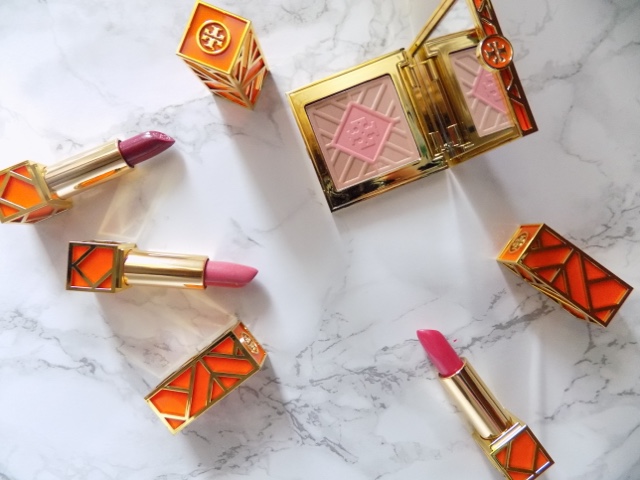 When I was last in London a couple of weeks ago, I walked past Tory Burch, I gazed in the shop window but didn’t make it any further, but i have always wished i could own something from there because everything is so pretty.
I received a message from MI Magazine on Twitter saying that they would like to award me a prize to thank me for the support on social media, so of course I was thrilled about that, they then emailed me to say that they were giving me a £100 voucher for Tory Burch, I was over the moon and it was a lovely surprise! 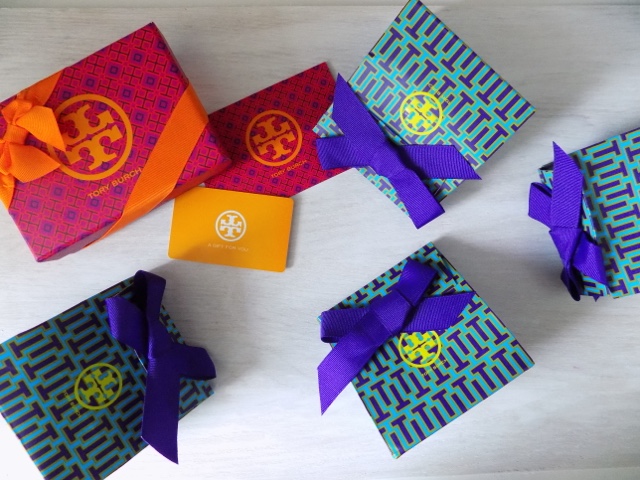 After searching through all the loveliness on the Tory Burch website for a couple of days to ensure i picked something which I would use on a daily basis as that way I could remember the happiness it brings, and the story behind it.
I decided to go from three lipsticks (Lipstick lover over here!) and a highlighter, and when I got to the checkout I saw that I could have gift wrap on the products, so of course I opted for that because who doesn’t like gift wrapping! 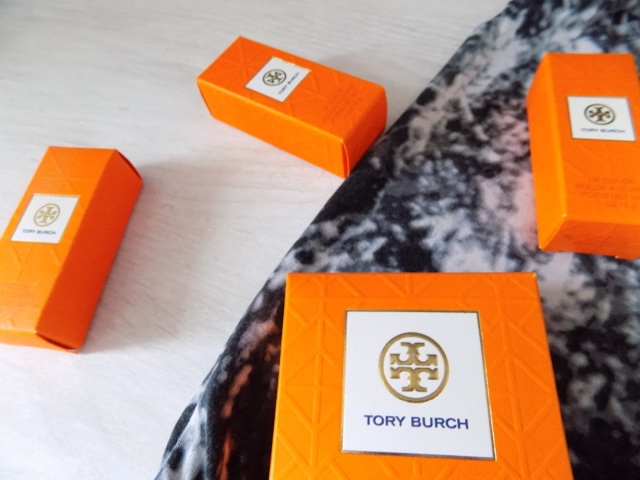 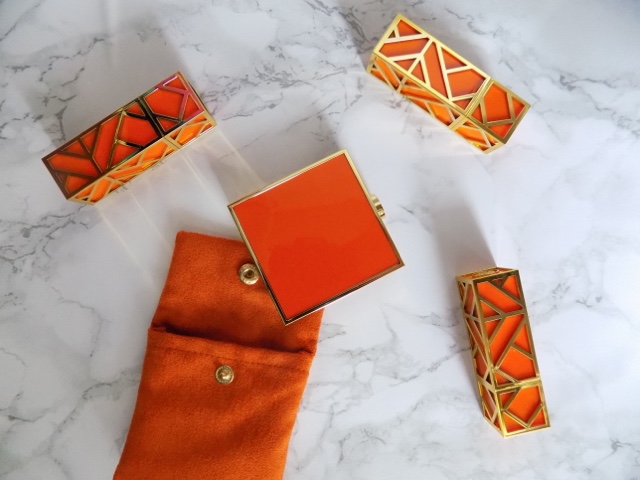 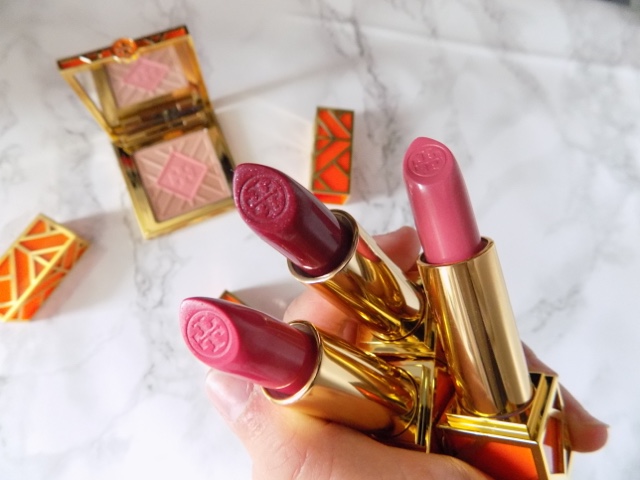 Choosing which shades of lipstick I was going to order was so hard because they were all so pretty, but after about two days I chose three shades of pink (Left to Right) Saucy, Swizzle and Ramble on Rose, which can I just mention how cute are the names!
These were £22.00 each. I feel the gold packaging makes it look so special, shows a bit of class and expense which I love about it. The lipsticks themselves are a lot balmier than i thought they would be, as that’s why i didn’t want to go for too dark a shades as they would be really bright but actually they build to the pigment which you want to have, they are very light wearing and stay on for most of the day. 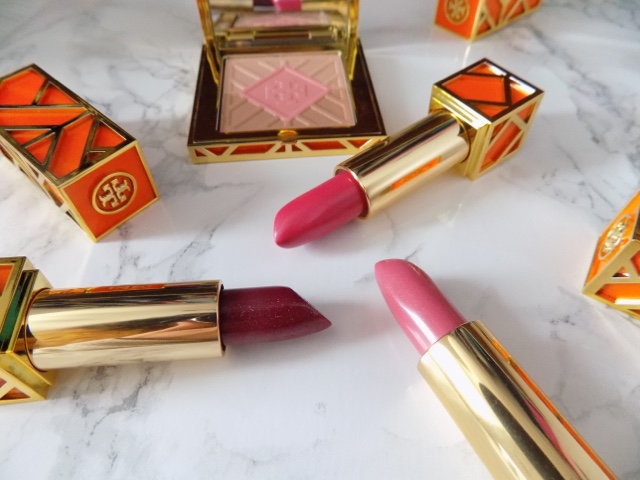 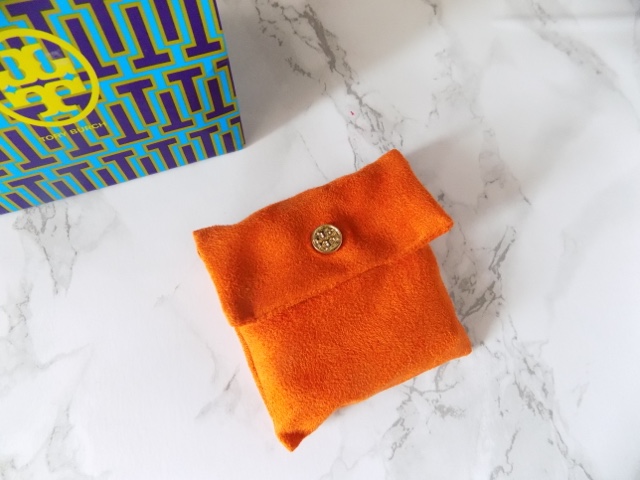 Tory Burch have one highlighter so I decided to order that one as well, as I love my Ted Baker highlighter but sometimes I like to have something a little different to mix things up a bit. This came in its own material pouch which I thought was the cutest thing ever!

Again, the packaging of the highlighter is stunning, the gold detailing is so classy and makes it very special. This is a highlighter, blush and bronzer in one which can be applied as all three or used as a highlighter blush and then apply your own bronzer to add more of a summer glow which i do. It has a slight shimmer so I would say this could be used both day and night. 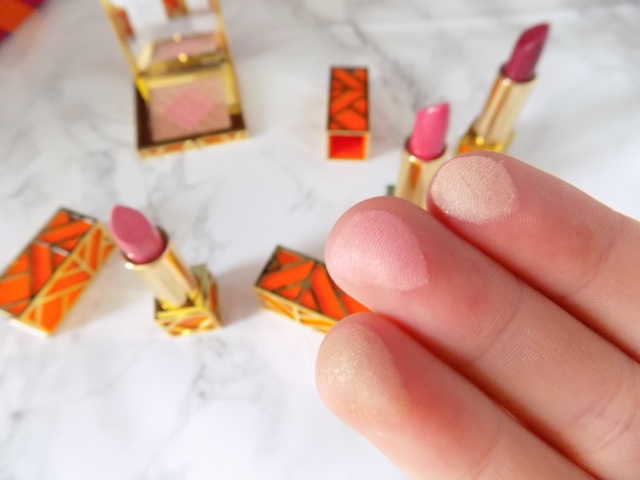 Have you ever tried any Tori Burch makeup? What’s your thoughts?

I hope you are all having a lovely summer, although at the moment its currently raining but its a perfect opportunity to write blog posts!