The bomb we’ve all been waiting for! 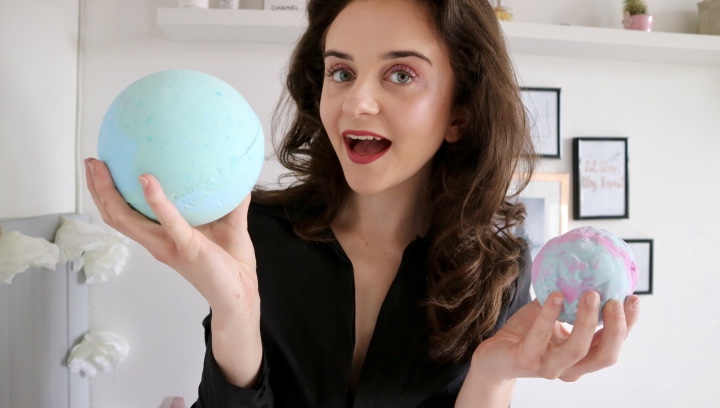 I’d been wanting to pop into Oxford Street’s Lush store ever since it opened, let’s just say i wast disappointed! I just wanted to buy everything but as soon as i saw Mother Earth i thought all my Lush dreams and wishes had come true! *Insert squeals of excitement*

When we got back home i was surprised with this BIG beauty of a bath bomb from my boyfriend as he saw i fell in love with it! I had to hold the average sized bomb in my other hand to show you how big it really is.

They have chosen the most beautiful scent combination for the bomb, as it’s full of cooling Peppermint oils, Cypress and to tone up the skin they have added Tangerine. 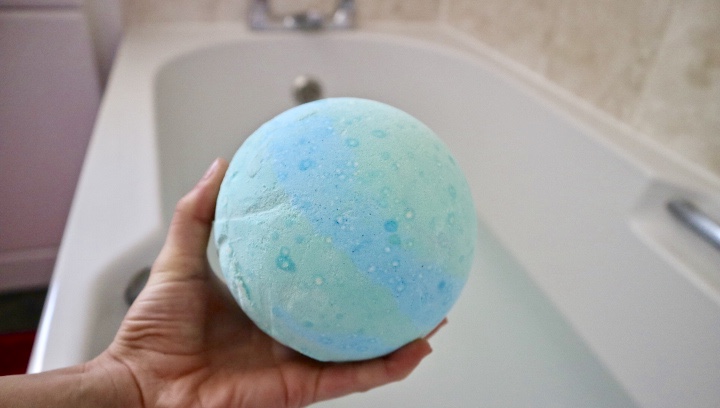 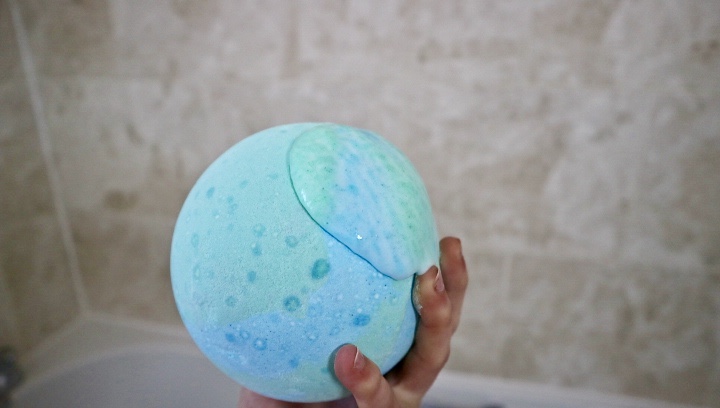 As i was taking a photo a little part of the bath bomb touched the water, i’m so glad this happened because how satisfying is tis photo of it bubbling up! When i first dropped this into the bath it did it’s usual fizzing leaving this beautiful blue/green water. 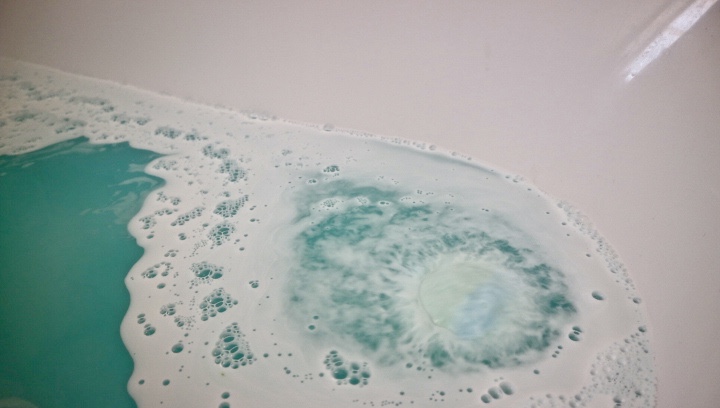 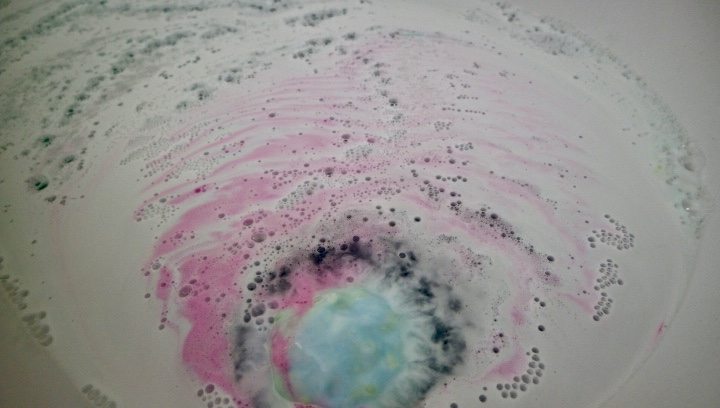 After a little while i thought that it was just going to fizz blue until i turned around and pink stared pouring out! It left pink patterns in the soft, thick foam which looked beautiful as it swirled around the bath. Then i decided to see how it was all going by taking it out the bath and i was shocked by the prettiness i was blessed with! 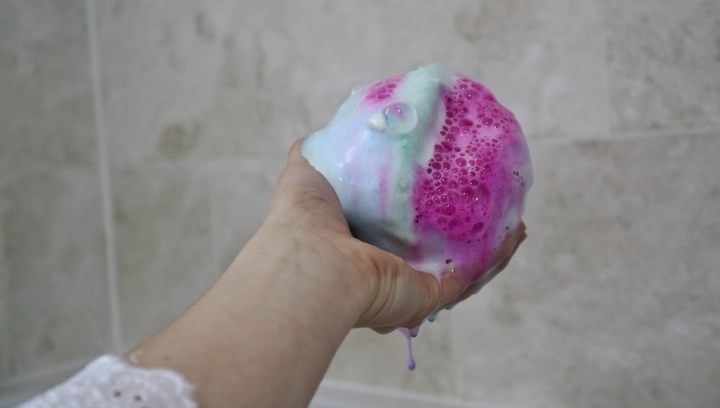 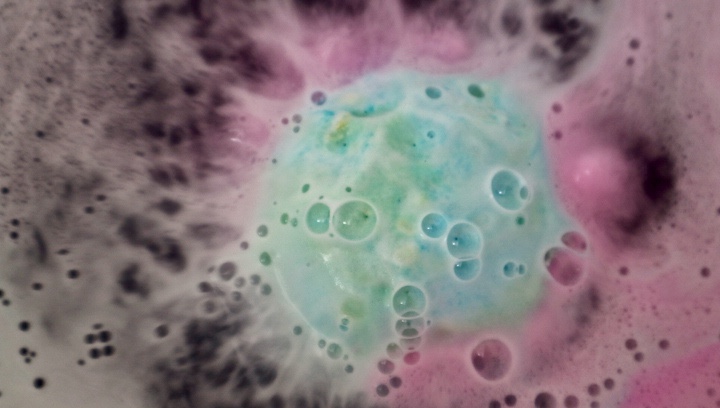 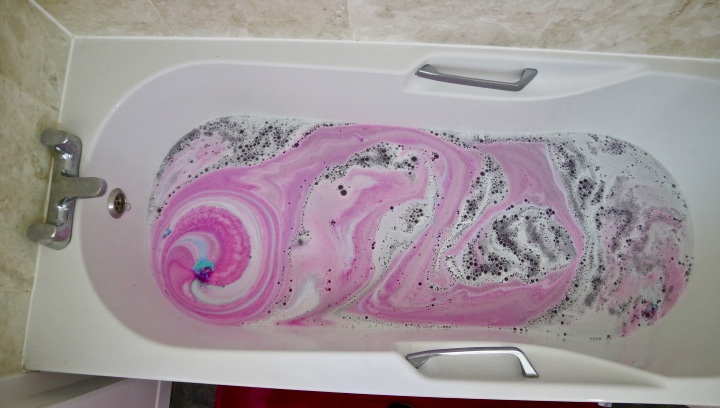 The ending of the most beautiful bath bomb have ever seen was gorgeous as it started rapidly swirling around the bath leaving a trail of pink and white. It was lovely to see the bright blue in the middle of it all too. I wish i had Mother Earth for each and every bath i have in the future as this was so lovely to sit and watch. Oh, i was also surprised when i was planning to pop a bubble bar in at the end that there was no need because Mother Earth had already created her own thick, luscious bubbles to give me a bit of privacy and protect me whilst i lay and relax so your actually getting a two for one with this being a bath bomb and bubble bar! 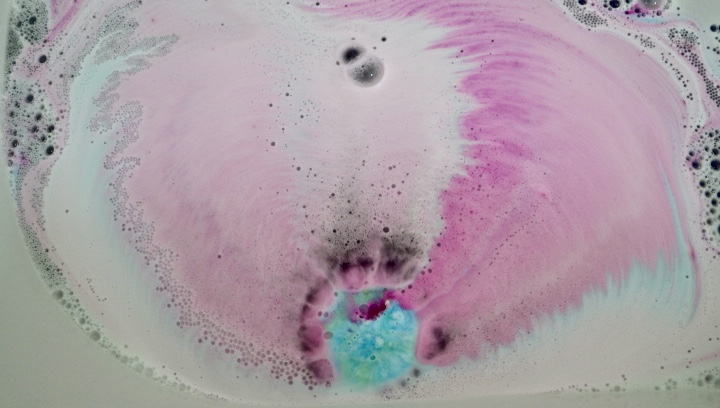 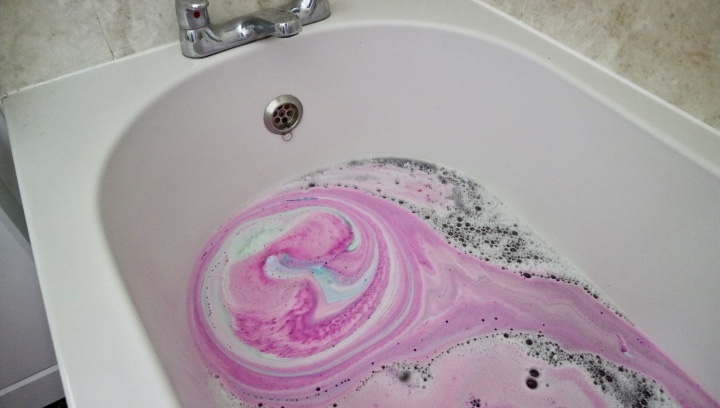 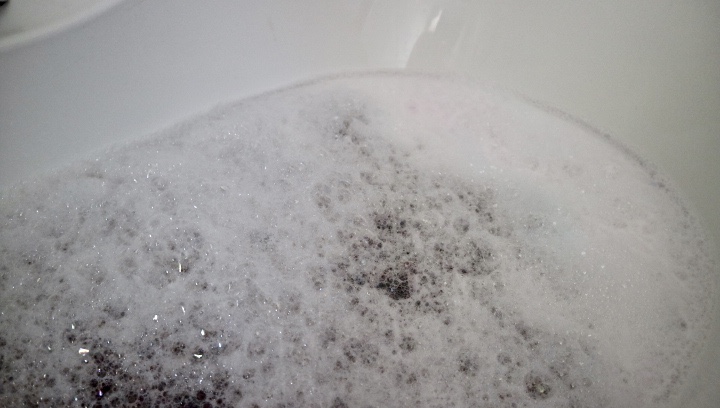